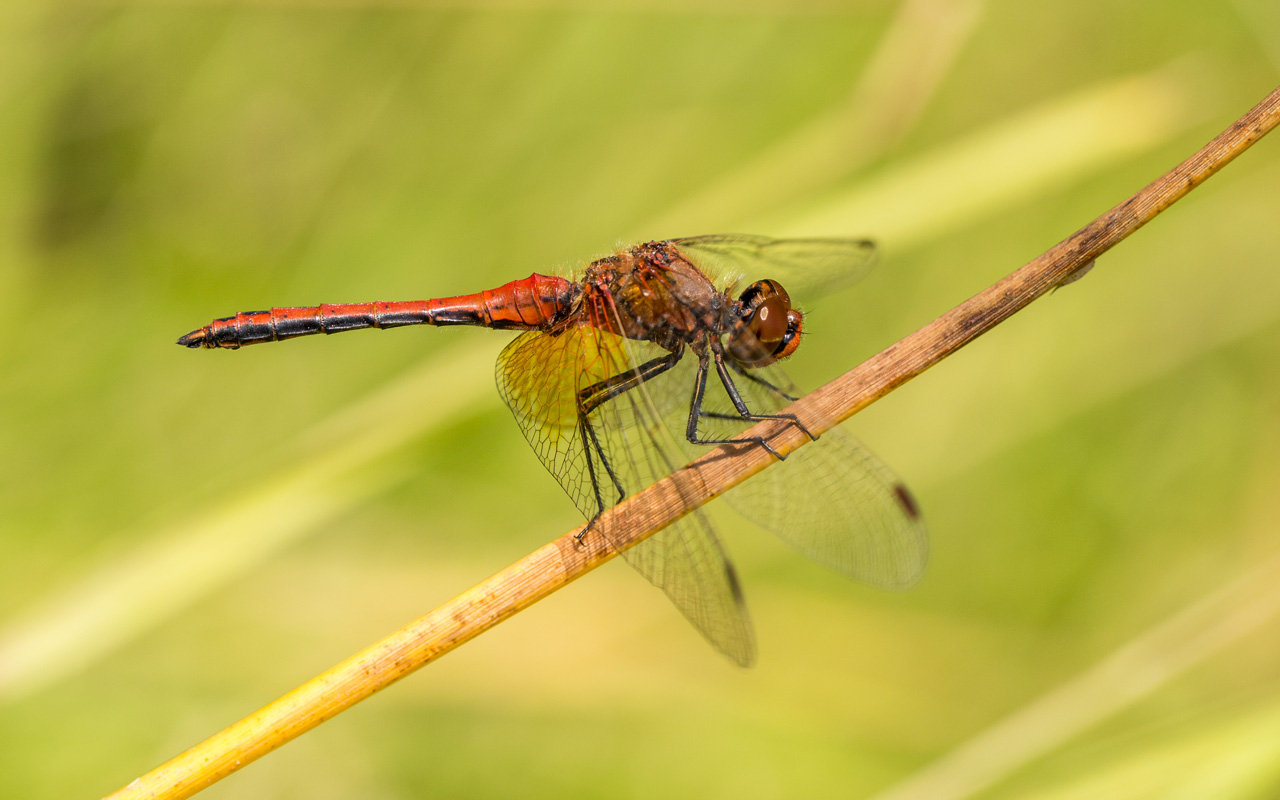 For a long time I have only had one not very good photo of the Sympetrum flaveolum. Even though it should be a relatively common species in Denmark, I have not spotted it at any of the locations I have visited during the last 2 to 3 years.
Then about a week ago I discovered a (for me) new location called Terpenshøje, a gravel pit just north of the city Hedensted. This area has several small lakes located close to each other in an open meadowland, and is the habitat of a surprisingly rich selection of dragonflies including a few Sympetrum flaveolum. So after a couple of visits to this location, I have now updated the gallery with several new photos of this species. On top of that, I was also lucky to photograph a female Lestes dryas for the first time. Still no photos of the male version though.

Photos of New Species Added to the Gallery
Scroll to top