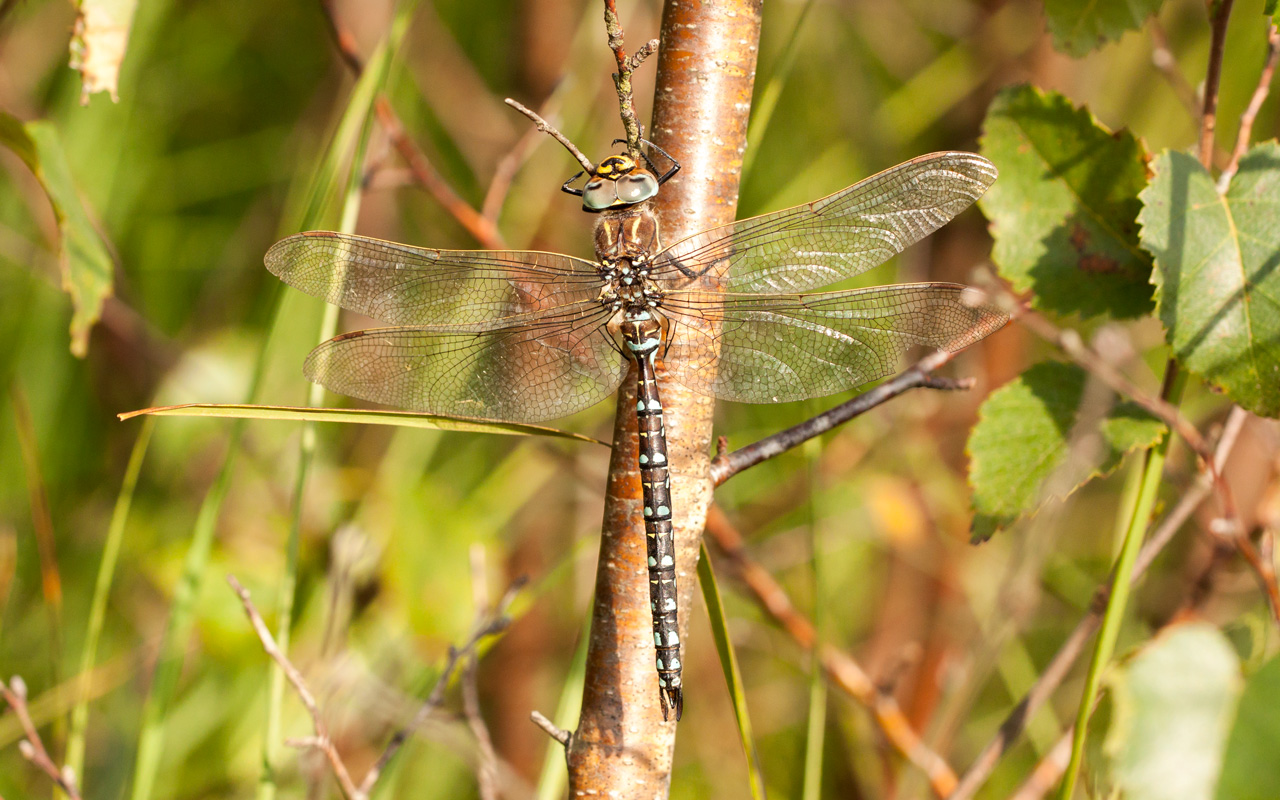 After spending several hours walking around in high grass and on marshy ground, I was for the first time able to get close enough to a resting Aeshna juncea to photograph it.

New photos of the species Sympetrum sanguineum, Sympetrum danae and Sympetrum vulgatum have also been added to the gallery.

A Week Out Shooting Dragonflies
Cordulegaster Boltoni Transformation on Video