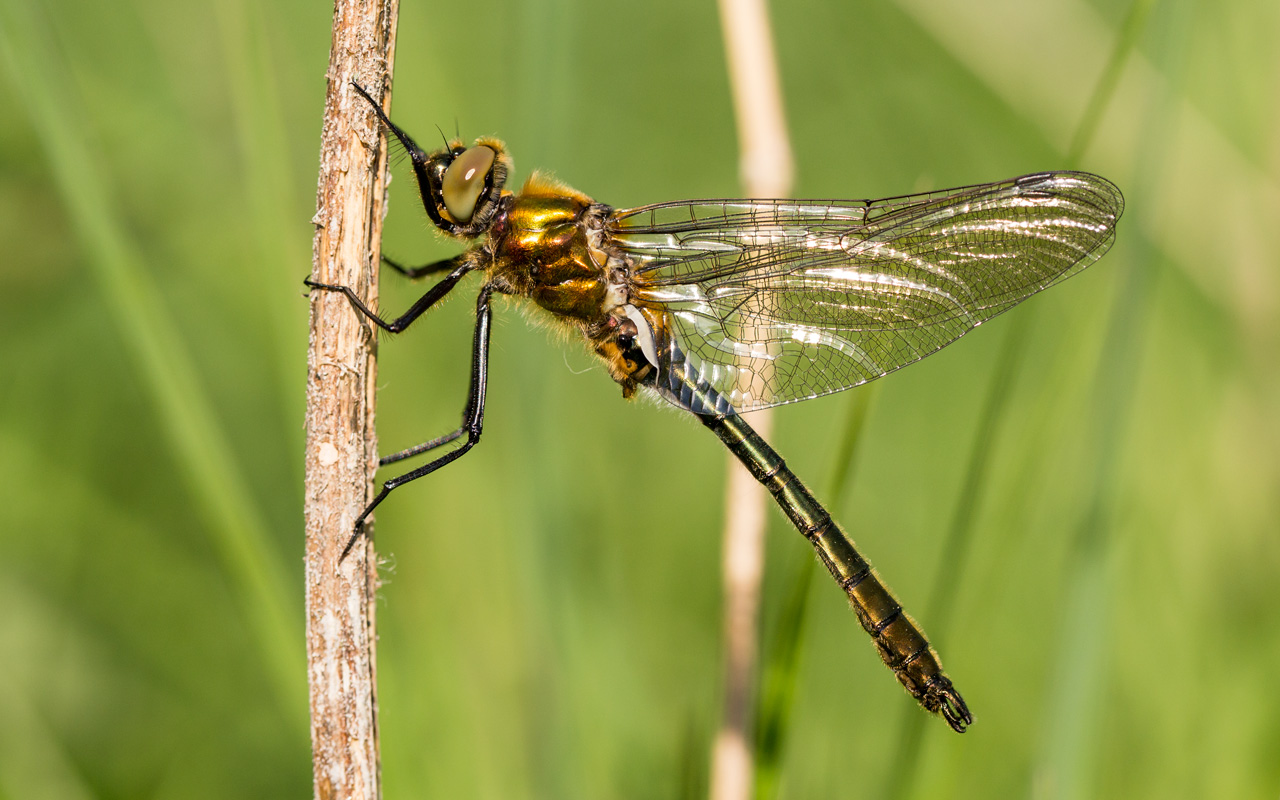 The first weeks of May were very warm and sunny, almost like summer. Optimal conditions for dragonfly hunting, so I was of course out with my camera several times.
More species had now emerged at Rands Fjord. I spotted and photographed several Brachytron pratense and Cordulia aenea, and also a few Coenagrion pulchellum. Many of the Brachytron pratense and Cordulia aenea were newly emerged, resting with the wings folded together.
I have used the past week, which has been rather cold and rainy, to go through the photos and update the photo gallery.

First Sight of Gomphus Vulgatissimus This Year
Scroll to top