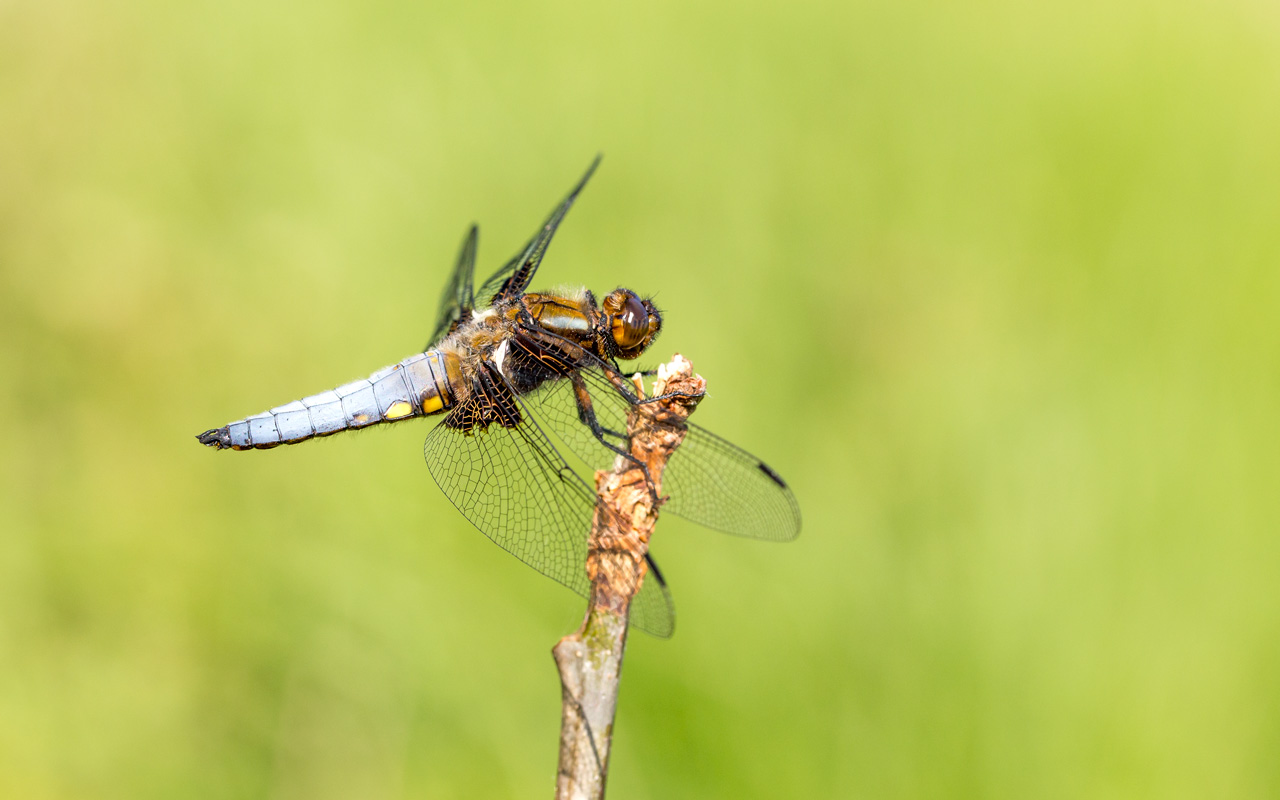 June 2015 is almost over so it is a good time for a short status.

One thing that has been almost entirely absent during the past month is true summer weather. Most of the time it has been cold, grey and rather windy.

This has also affected the abundance of dragonflies, which has been much less compared to last year, especially when it comes to species like Gomphus vulgatissimus and Libellula fulva. They were both very abundant in June last year, but this year I have only spotted very few specimens until now. Generally the emergence of many of the other species normally present in June has come later this year.

Most of my dragonfly expeditions the past month have been to Rands Fjord, but I have also visited the area around the city of Ry a couple of times.