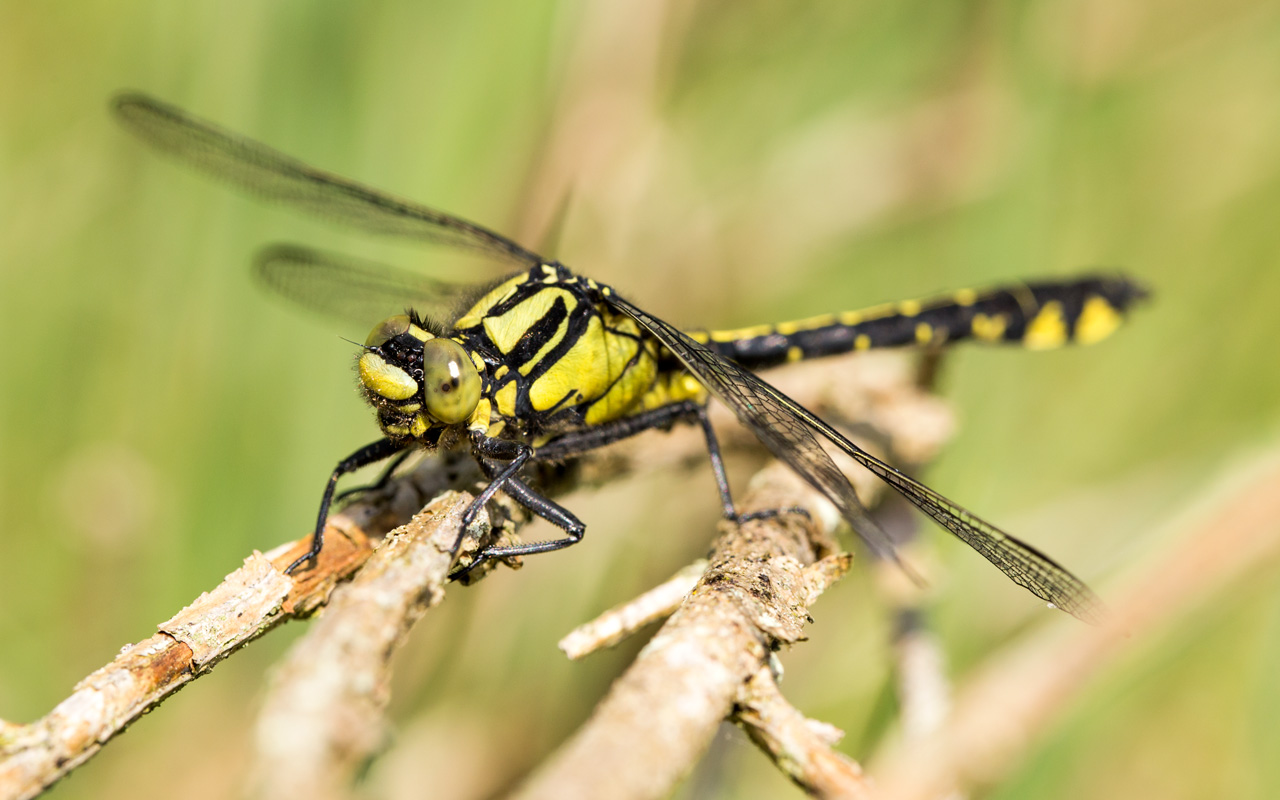 I have visited the area around Brude Sø several times during the last month, and been lucky to shoot a lot of good photos of the Gomphus vulgatissimus, which have now been added to the gallery.

At my first visit back in mid May the species had just emerged, with bright yellow and black body colours, very pale greenish eyes, and the wings folded together in a upright position when perched.

Just one or two weeks later, the yellow colour of the body had faded a little bit and the eyes where now bright green.

At the next visit a week later, the colour difference between the male and the female was more distinct, the male now with a much more pale greenish body colour.