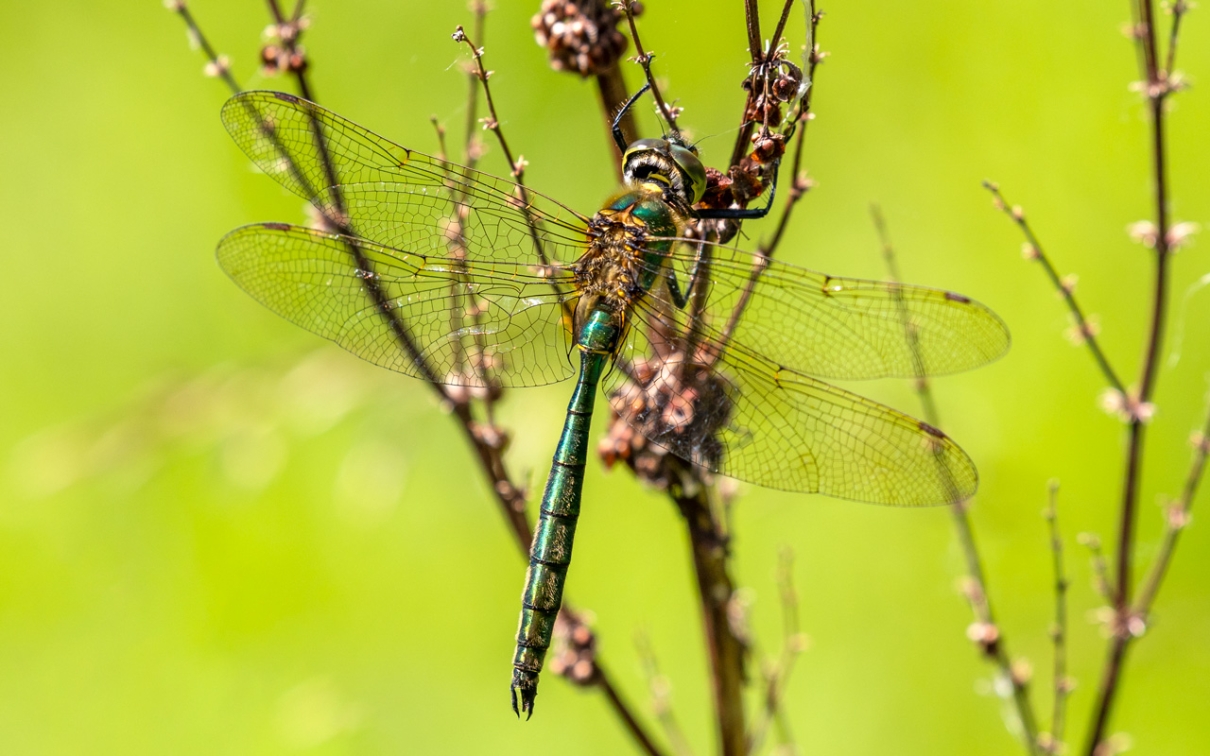 This weekend I visited one of my favorite local dragonfly locations Sebberup once again. Another warm and relatively sunny day but also quite windy.

Amongst many other species I was fortunate to come across Somatochlora metallica which I have only photographed once before several years ago. On top of that it was a male and female forming a mating wheel and they were so occupied that they didn’t notice me and my camera.

So, I got some good photos both of the mating wheel but also of the male afterwards, which have now been added to the gallery. It was not the only dragonfly species I got to photograph that day but more about that later.