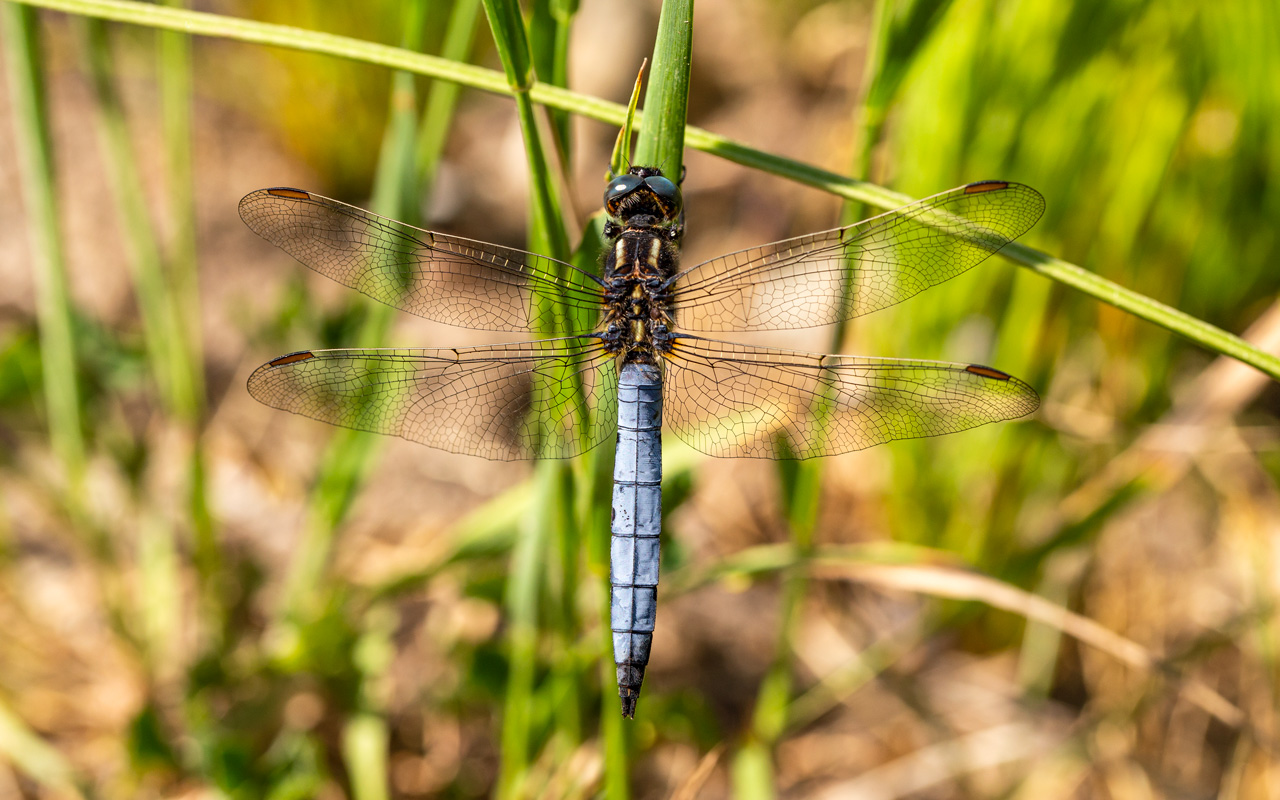 I have started exploring a local spot called Randalparken not far from where I live. I have visited it before in the past years and it is inhabited by several different dragonfly species including the relatively rare Lestes viridis.

This year the spring and early summer have been perfect with a lot of sun and high temperatures, so I have visited Randalparken several times the past weeks.
Libellula depressa is very abundant at this location, and I have also spotted several Libellula quadrimaculata, Brachytron pratense, Orthetrum cancellatum, Anax imperator, Erythromma najas and Cordulia aenea. On top of that, I have come across two rare species for this region: Aeshna isoceles  and Orthetrum coerulescens. First time they have been spotted here and I was even able to shoot some good photos.

New photos have been added to the gallery.