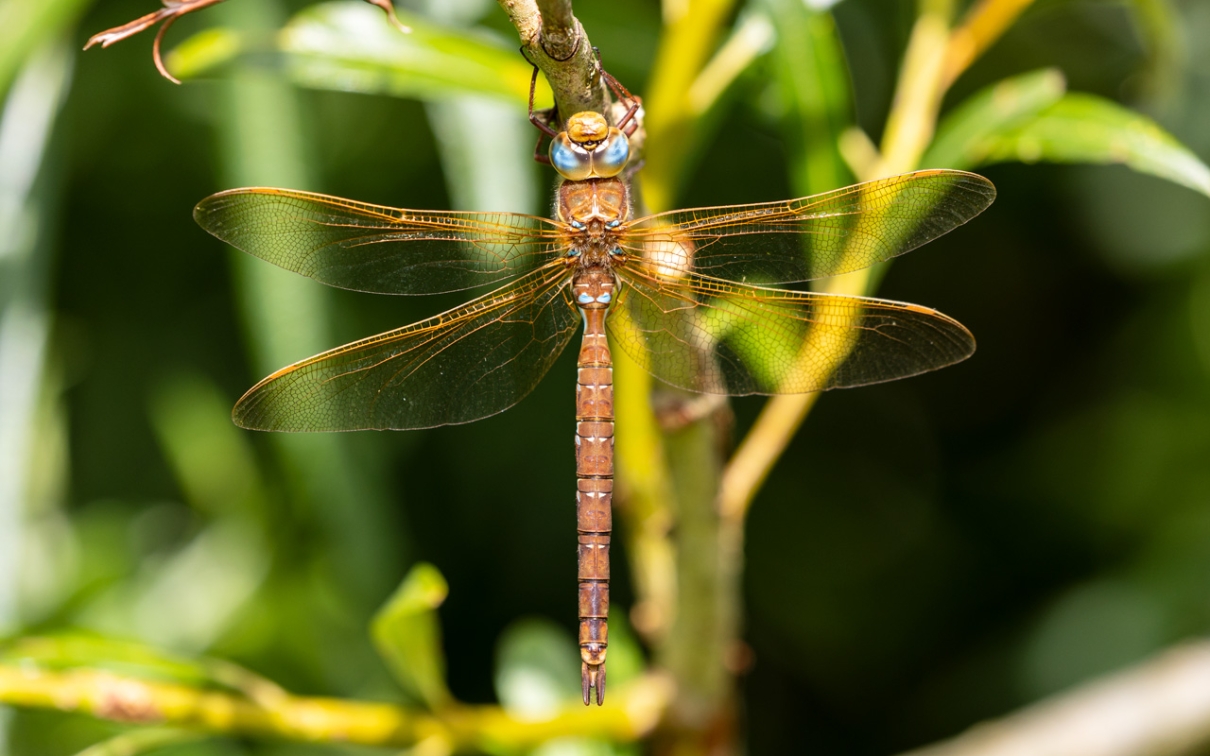 This time of year Aeshna grandis is very abundant and can be seen gliding down forest glades or patrolling over gravel roads, paths and lakes.

Even though it is a common species here in Denmark I actually don’t have that many photos of it, mainly because it often hides in high grass or bushes and is very shy and easily scared off by the slightest movement.

On one of my recent trips to the lakes at Sebberup I was however lucky to get within shooting range of several specimens, both males and females, and managed to get quite a few good photos which have now been added to the gallery.