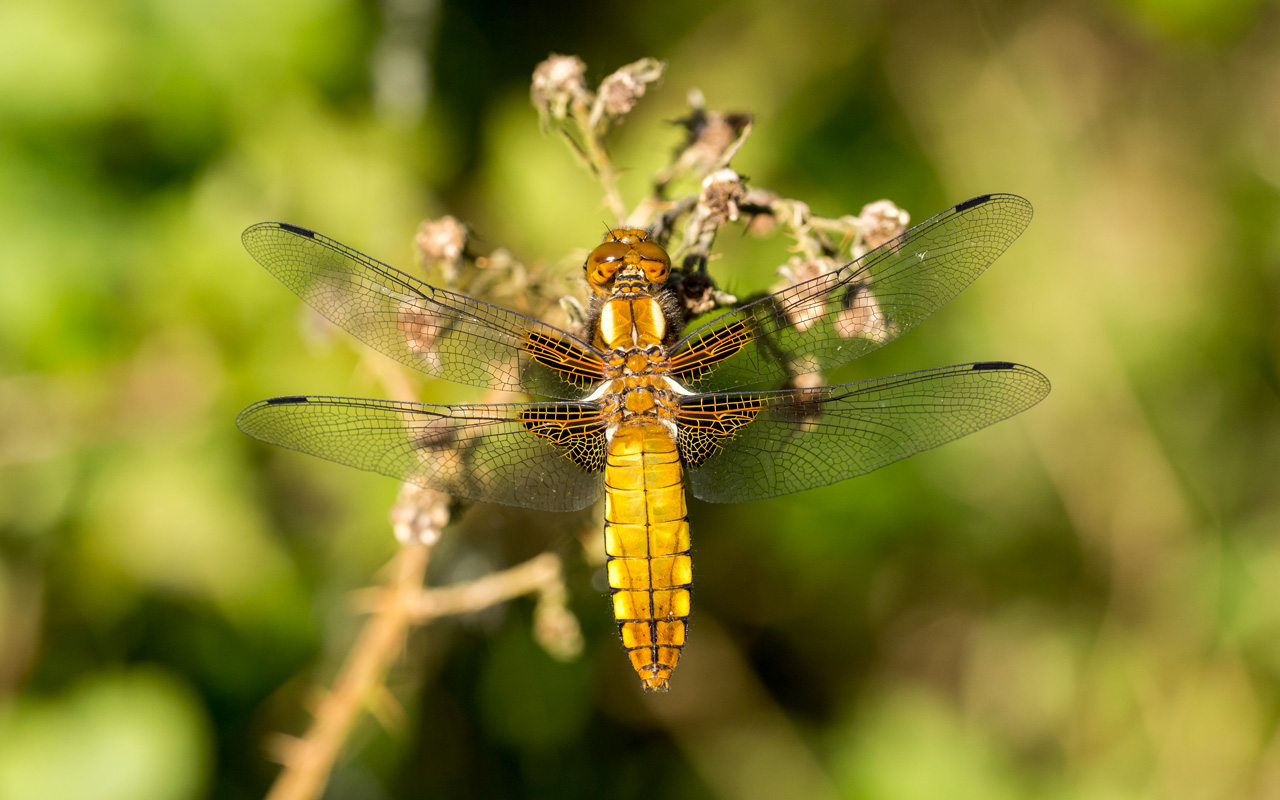 Many new species of dragonflies and damselflies are emerging right now as the weather becomes warmer and summer comes closer. Another trip to Rands Fjord and several Libellula depressa were now to be seen. Libellula depressa looks sort of a big wasp or bee (especially the female), with its yellowish broad abdomen, and its wings have a characteristic very dark brown wing base. Libellula depressa often returns to the same favored perch from where it hunts for a prey, which also provides a good opportunity to photograph it.
With some patience I got a few good photos which have been added to the gallery. I also spotted a few Pyrrhosoma nymphula and Coenagrion pulchellum.