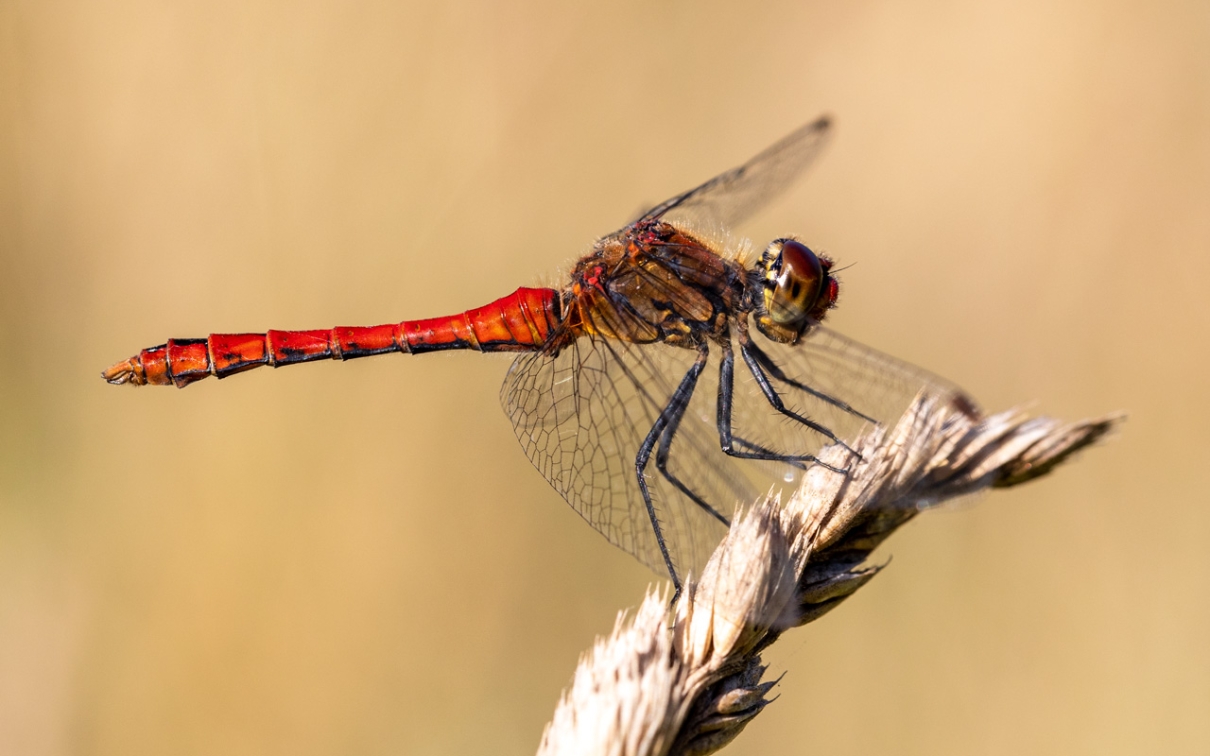 Autumn has arrived and soon this years dragonfly season will be over. When out dragonfly hunting the most frequent encounters are now hawkers like Aeshna cyanea, Aeshna grandis and Aeshna mixta and darters like Sympetrum vulgatum, Sympetrum striolatum and Sympetrum sanguineum, where the latter is the most abundant.

Sympetrum sanguineum is a relatively small dragonfly but not that difficult to photograph as it most often perches on the same spot again, or one close by, if scared off by a too eager photographer.

Because of its small size a macro lens is needed to get some good close-up shots, so lately I have switched to using my beloved Canon 100mm f/2.8L Macro some more. This is a magnificent and super sharp piece of glass that I have owned and used heavily for many years now, and not only for dedicated macro photography.

So, new photos of Sympetrum sanguineum have now been added to the gallery.