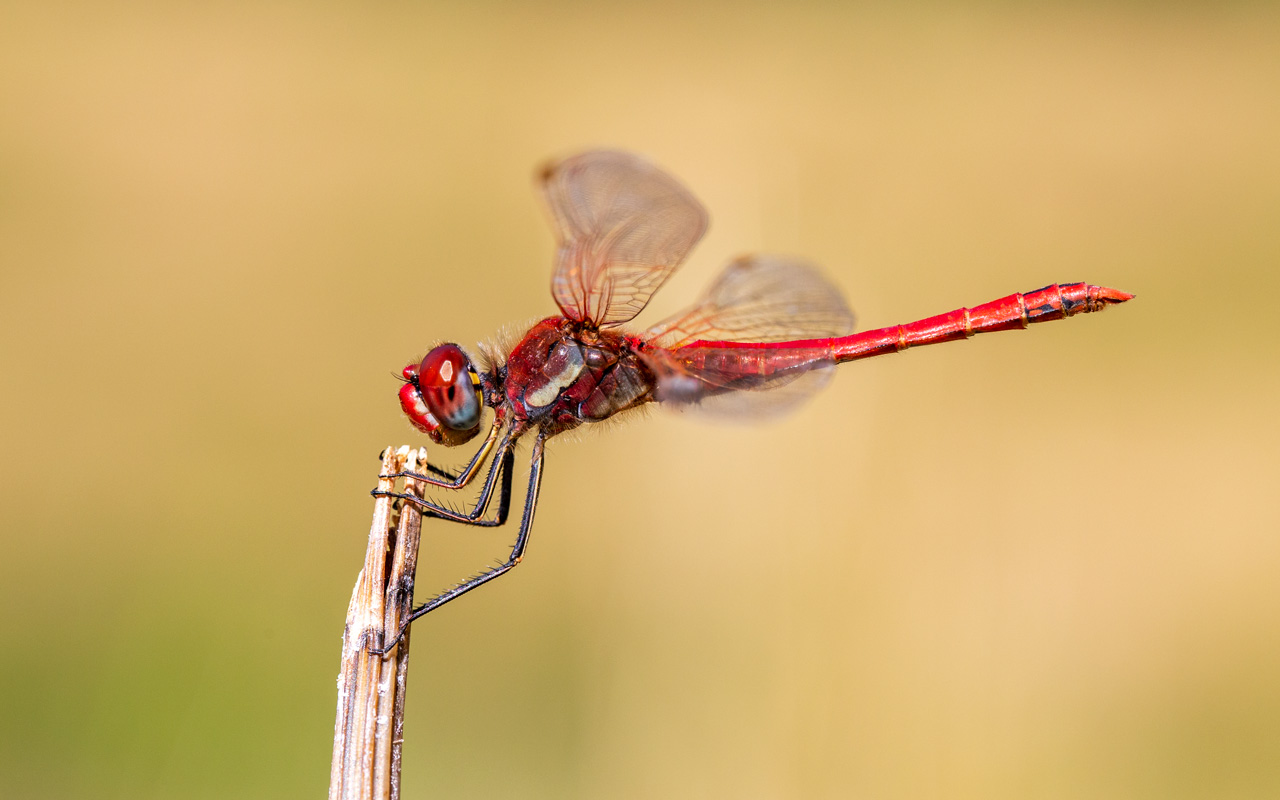 Shortly after my first ever encounter with Sympetrum fonscolombii, I drove to another lake close to where I live.
Here I spotted several small red dragonflies clearly looking like Sympetrum but behaving differently than I am used to. They were very shy and moved around a lot, making it really difficult to get close to them. I mounted my new 100-400 mm lens to my camera, and was then able to get within shooting distance. Looking at the photos in the camera it became clear that it was indeed male Sympetrum fonscolombii. What a success!
It required some hard work, but I managed to get several good photos which have been added to the gallery. This is certainly not an easy dragonfly to photograph.