News
You are here: Home1 / News2 / News3 / Photos of new species added to the gallery 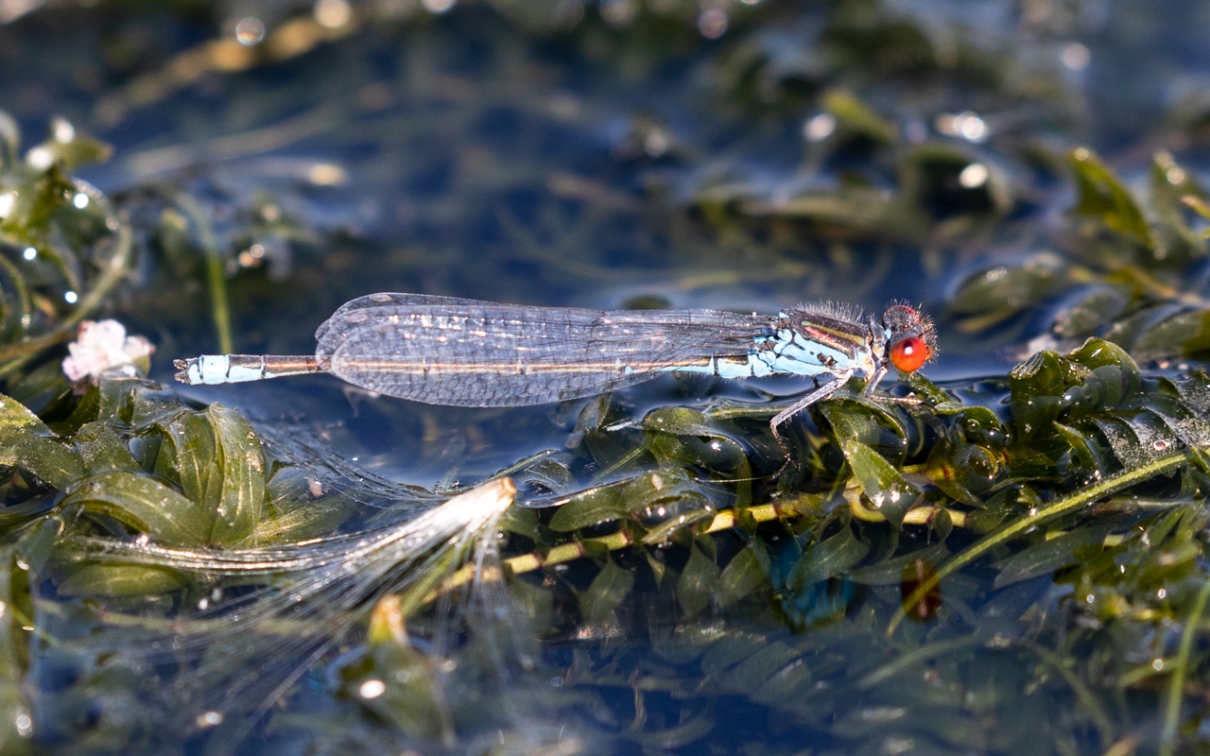 There are still several dragonfly species which I have not been able to photograph yet, either because they are very rare in Denmark or because their habitats are located far from where I normally go dragonfly hunting.

This week, I decided to go search for one of these “missing” species, Erythromma viridulum, as it has become quite common here in Denmark, also at locations close to where I live. So, I drove to a lake where this species has been sighted recently and I quickly spotted several specimens.

Next step was to then photograph it and that turned out to be quite a challenge. First of all it is small so you need to get real close to get a good shot, but that’s difficult as it prefers to perch on vegetation out in the lake. On top of that it is shy so every time I tried to get close to one it just took off and perched on some vegetation further out in the lake.

Using my 100-400 mm lens fully extended and a good deal of cropping in Photoshop I managed to get a few decent photos which have been added to the gallery. Not a work of art but at least I have now photographed this dragonfly species too.